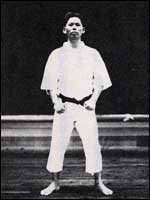 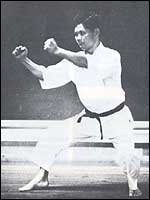 Gigo is the third son of Gichin Funakoshi, and moved from Okinawa to Tokyo to live with his father when he was 17. Yoshitaka became a radiographer of the Section of Physical and Medical Consultation of the Ministry of Education.

When Takeshi Shimoda, who was karate shihan-dai teaching in various universities, passed away, Yoshitaka assumed his position and kept in touch with the universities.

Technically, Yoshitaka was a faithful successor of Gichin and improved and developed moves.

Yoshitaka played the central role in inventing Taikyoku no kata, kumite ten-no kata, and kon no kata “matsukaze”, and in formualting and establishing technical systems of Shoto-kai karate-do. 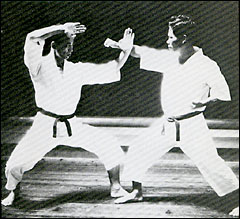