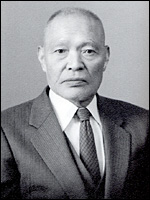 Before World War II, Motonobu Hironishi established karate as an independent martial art. When the war ended, karate was almost prohibited by the General Headquarters of the Allied Powers, which prohibited martial arts that had supported militarism. Hironishi carried on a single-handed battle, so that karate could be practiced as a sport in universities.

This is the basis of today’s prosperity of karate-do, and Hironishi is called the restorer of karate-do in Japan.

In 1943, during World War II, the Ministry of Welfare issued a wartime guideline for school physical education, which included a clause stating that karate should be practiced together with judo.

Hironishi, although then young, represented Shoto-kai and argued with judo-ka Kazumi Kudo aiming for karate to be recognized as an independent martial art of Japan. As a result, karate associations in universities were allowed to continue and practice karate.

However, the clause, once issued, could not be changed. Thus, karate was to be practiced “together with judo” but at a different dojo, a different time, and under different instructors.

Karate was recognized as a substantially independent art. 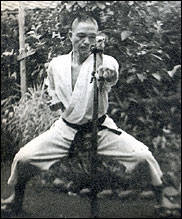 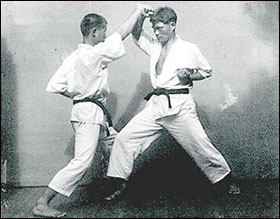 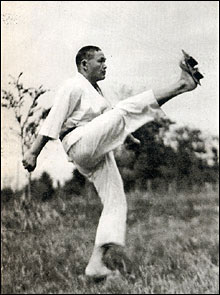 After the war, the General Headquarters of the Allied Powers prohibited martial arts that had supported militarism, such as judo and kendo. Karate could also be prohibited.

Hironishi explained to the Ministry of Education that Shoto-kai had not participated in Dai-nihon Butoku-kai and that karate was an independent martial art. He also published a newspaper article under the name and with the co-operation of Nobuizumi Ohama, a professor of Waseda University, which stated that Waseda University, a sports empire, had no intention of prohibiting karate.

By these activities, the Ministry of Education permitted karate to be practiced in universities soon after the end of the war.

Hironishi supported Giei Funakoshi, who succeeded Gichin Funakoshi, and became the President of Shoto-kai after the death of Giei, and strived for its development.

In 1976, Hironishi, in co-operation with Shigeru Egami, reconstructed Shoto-kan dojo, which was the wish of Gichin Funakoshi, in Shibaura, Minato-ku, Tokyo, as the main dojo of Nihon Karate-do Shoto-kai.

In 1995, Hironishi entrusted the positions of President and Principal to Jotaro Takagi, and strived for the development of Nihon karate-do as the Chairman of Shoto-kai. 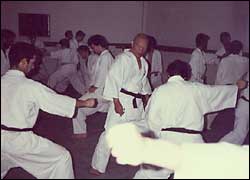 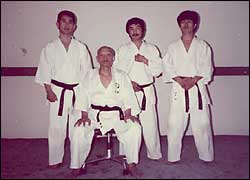 Back to The twenty lessons