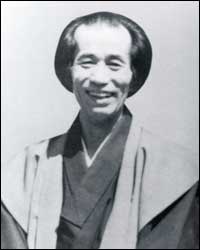 In 1933, Shigeru Egami entered Waseda University, where he met Gichin Funakoshi. He co-operated in forming a karate club in the university, and had lessons from Takeshi Shimoda. As a colleague of Gigo, Egami studied karate techniques, and demonstrated and spread karate in various regions of Japan.

After Gichin Funakoshi passed away, Egami took over Nihon Karate-do Shoto-kai together with Motonobu Hironishi.

Egami and Hironishi reconstructed the main dojo, Shoto-kan, which was the wish of Gichin.

Egami was responsible for teaching karate as the Principal of Shoto-kan, and Hironishi was in charge of the administration of Shoto-kai as the President. Both strived for the development of karate-do in Japan.

After Gichin’s death, Egami searched for how karate moves should be. He eliminated all unnecessary power, adopted the concepts of power concentration and penetrating power, and improved the moves of Shoto-kan karate-do as they are taught today.

Egami established not the appearance, but the fundamental concepts and spiritual world of karate as a martial art. 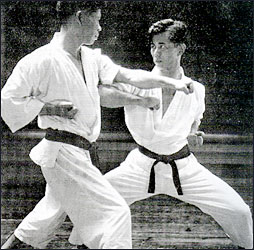 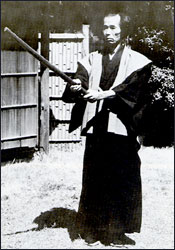